Unless an Engine Dies

Unless an Engine Dies

planting an unlikely kernel in the desert
3

Boots on the sand, I pulled my cell phone out of its pocket. I called the chief pilot to let her know everything was OK. Then I called Breanna.

“Just wanted to let you know we’ve had an issue with the airplane here in northern Kenya. Everyone’s OK, but we probably won’t make it home tonight.” Thank you Lord for cell phone service, even in this remote place!

I hung up and looked around the sandy basin. To the north lay a hill of volcanic rock, to the east some bushes and a dry riverbed. Behind me sat the six place Cessna, appearing as ordinary as it ever did. Seven Delta Golf – the first airplane I ever flew out here in Africa. This day she really let me down, or saved me. I wasn’t too sure which. And now she seemed to be saying “What’s the problem?”

The other pilot I was with helped me unfasten the covering over the engine. Everything looked … like it was in great shape. “What’s the problem?” indeed. It seemed like I could jump right in and start her up. Instead, I began pulling the propeller around it’s normal rotation. It turned reluctantly, requiring a lot of extra force. I tried again about fifteen minutes later. It would not turn, frozen in position.
“At least I’m not crazy!” I thought.

In the back of my mind I thought about our location- The Suguta valley. A handful of years ago, it was infamous for its insecurity. I had no idea how it was currently. As the only male onboard the airplane, I had concerns about security for our entire group of five. I noticed a handful of curious strangers watching from behind distant thorn bushes. I retraced our landing roll through mounds of sand and straggly thorn bushes. Then I turned and greeted them. In Turkana. They stared blankly. I tried Kiswahili. Still no response.

A few nodded. I don’t know a single word in Pokot. 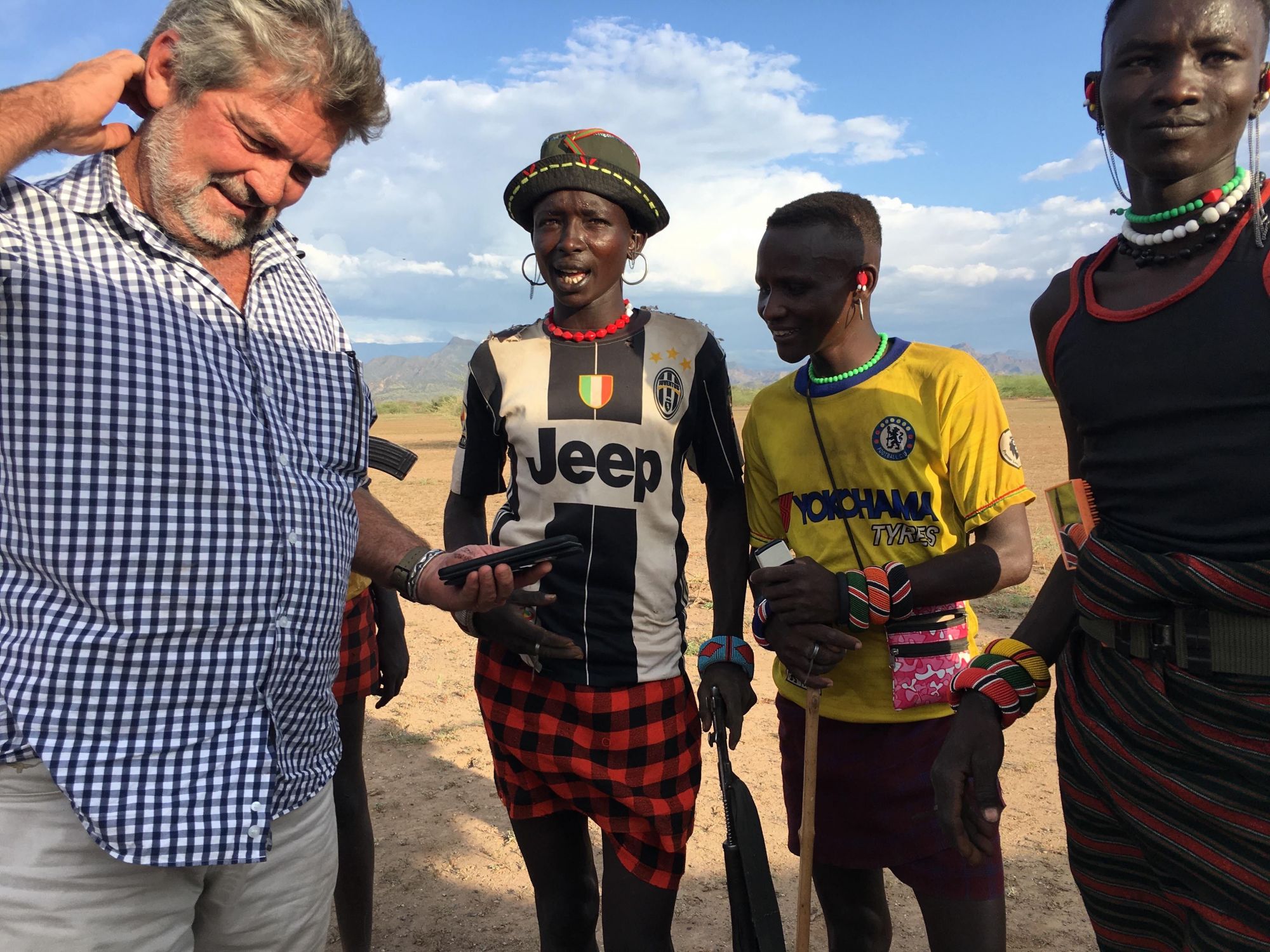 The crowd looked friendly. Young boys and teenagers, and every single one carried an automatic rifle. I grabbed my phone again and called Art Davis. No answer.

Art has worked among the Pokot people for over 30 years. Even though he’s officially retired, he lives in Kenya and still visits Pokot land several times a year.
The AIM AIR team in Nairobi eventually did reach Art and explained the situation to him.

Art called a Pokot pastor who in turn called several people in the area. In fact, the son of the first person to become a believer in Orus had moved to Saguta to keep animals. He agreed to immediately head over to find our aircraft. 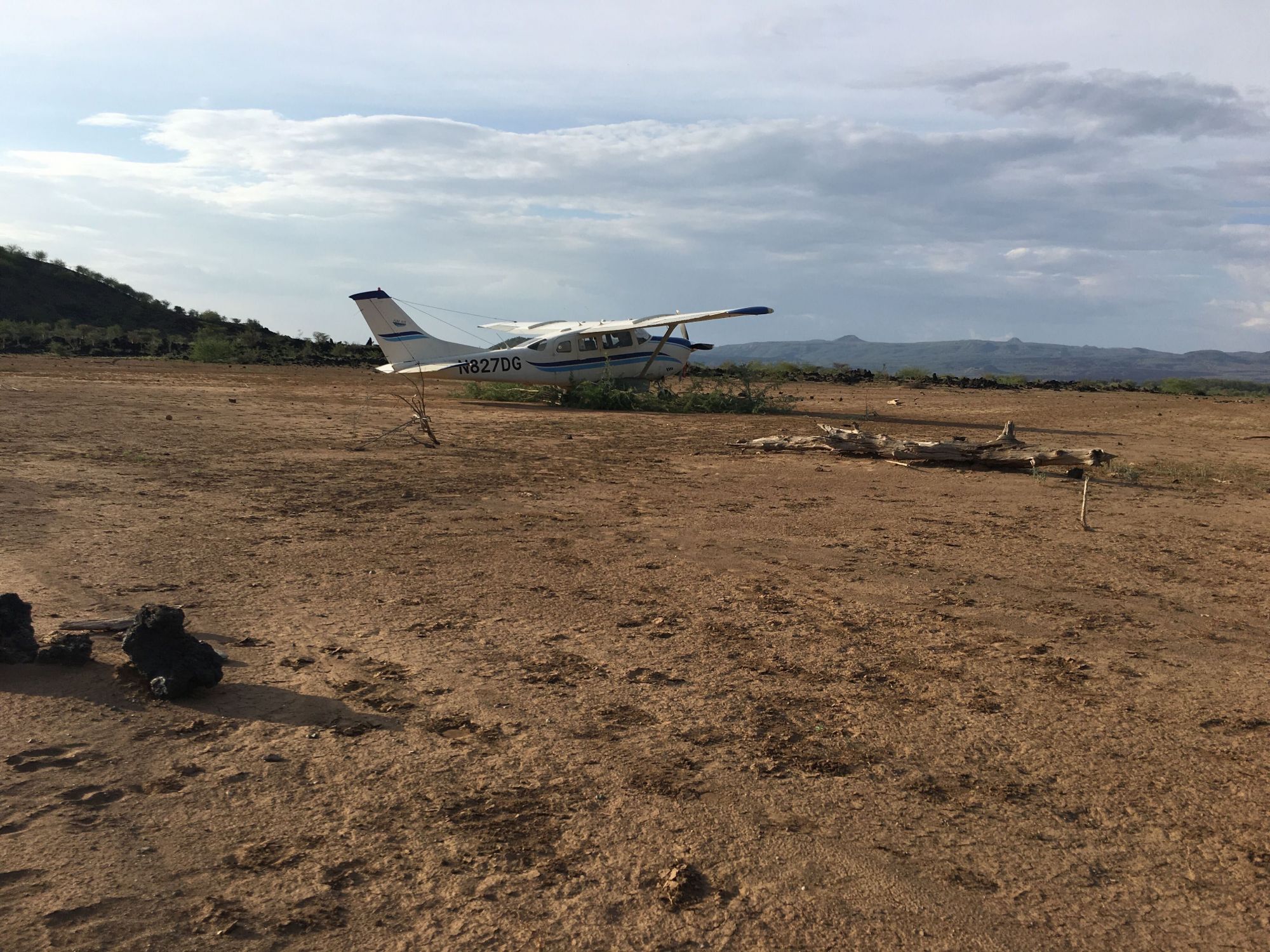 In the meantime, our team in Nairobi organized a helicopter to pick us up. One of our passengers needed to be in the hospital, and along with the dubious security of where we were, arrangements came together to get all of us out of the remote sands and back to Nairobi.

We unloaded and then locked the airplane. I hoped the retrieval team found it still intact and undamaged.

Art told me he didn’t even realize that many people lived there. In the past five years, the contested area is now completely under the control of the Pokot people, and they have begun to settle there. They are all armed in that area, but entire families have moved in.

While the church leaders talked to Art, they expressed a belief that what happened in the desert was like a wake up call from God to reach out to this new community. So a small group of pastors, elders, Art, and Mike (another AIM missionary) went down into the valley.

They met with over ten different warriors and tribal leaders. They talked about the aircraft, and also the work that Art and the pastors do. Then the church leaders asked the warriors if they would like to have a church in this area.

They all answered enthusiastically, “Yes!” 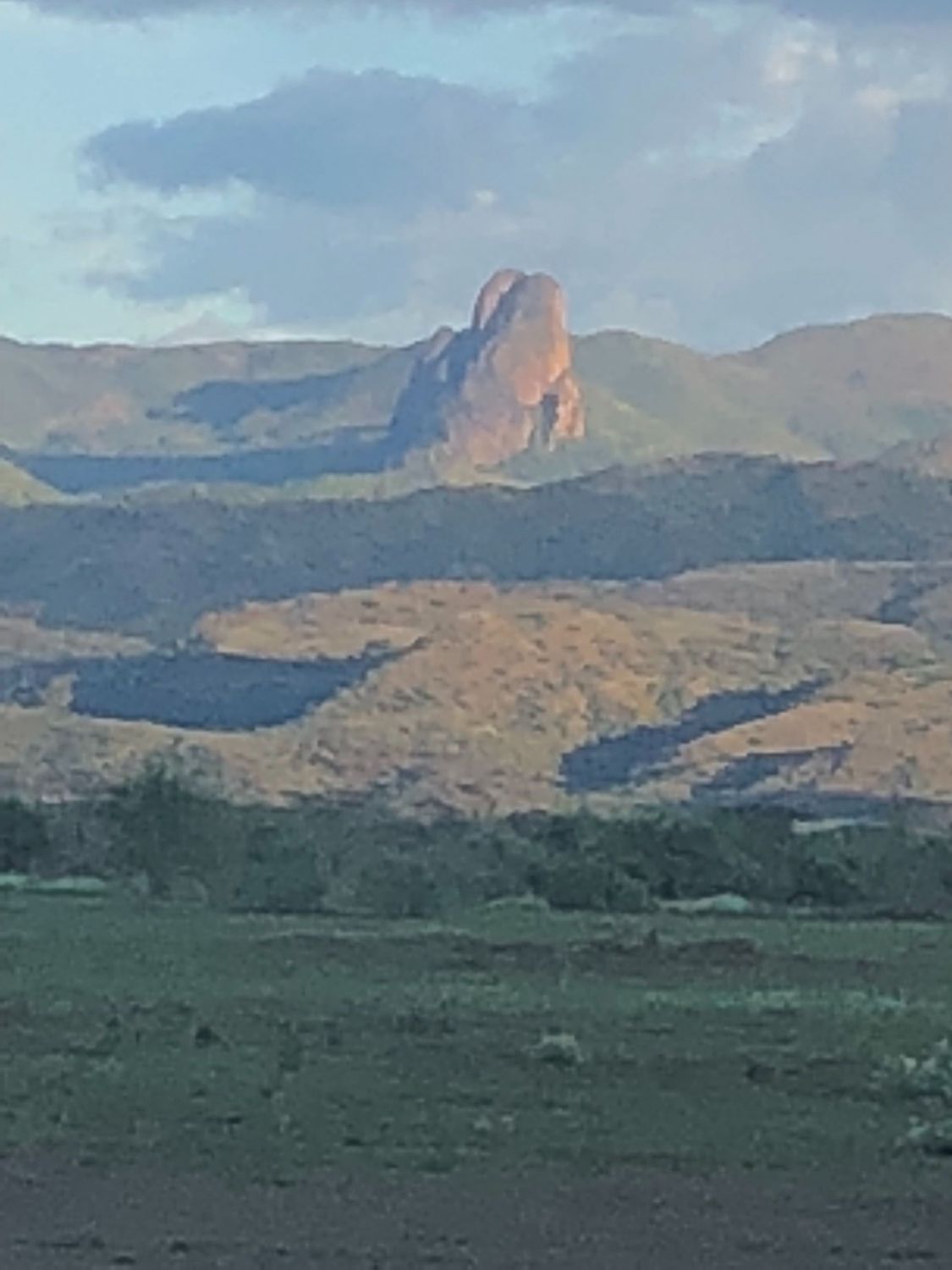 “They expressed a belief that what happened in the desert was like a wake up call from God to reach out to this new community.” 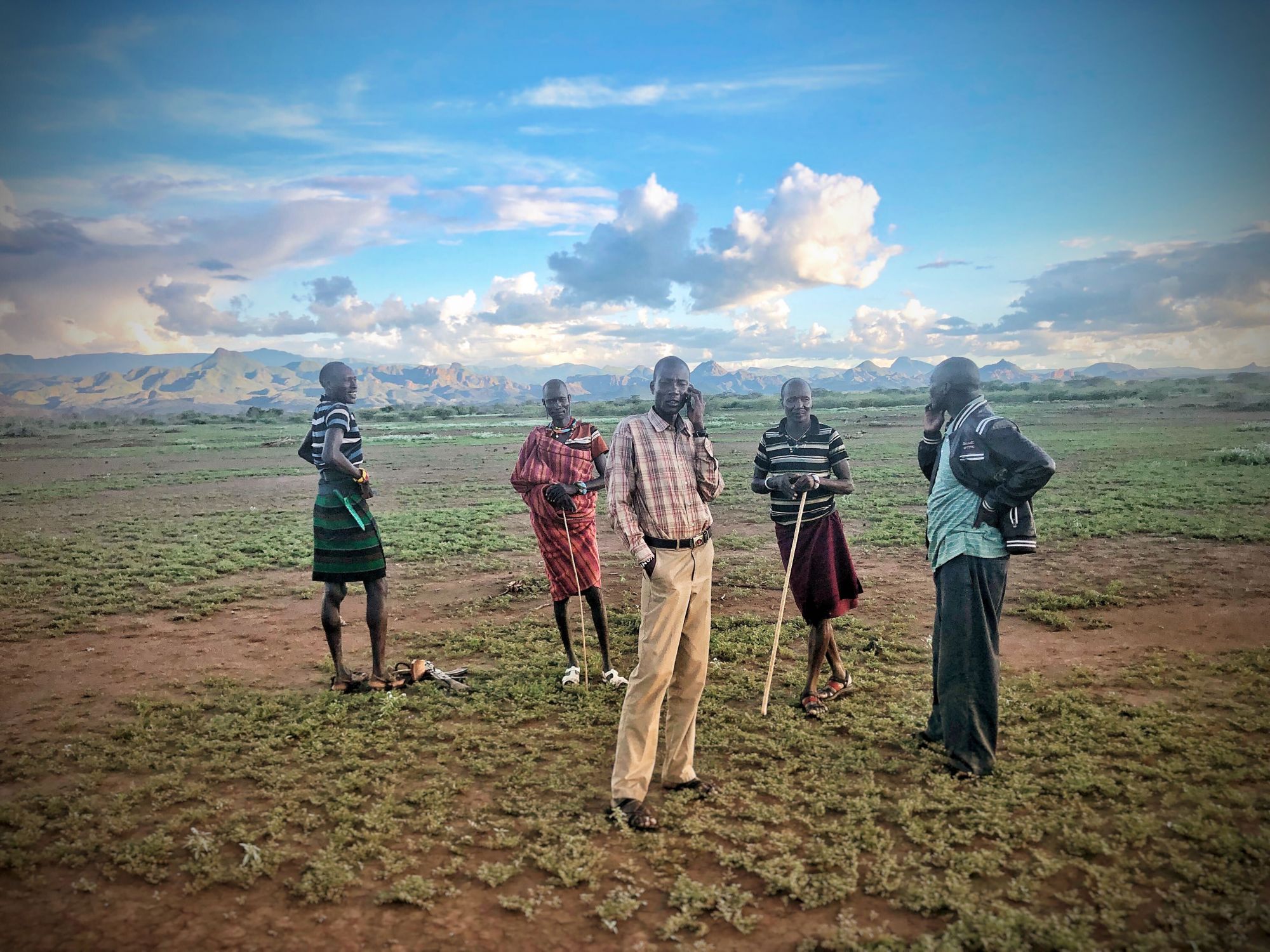 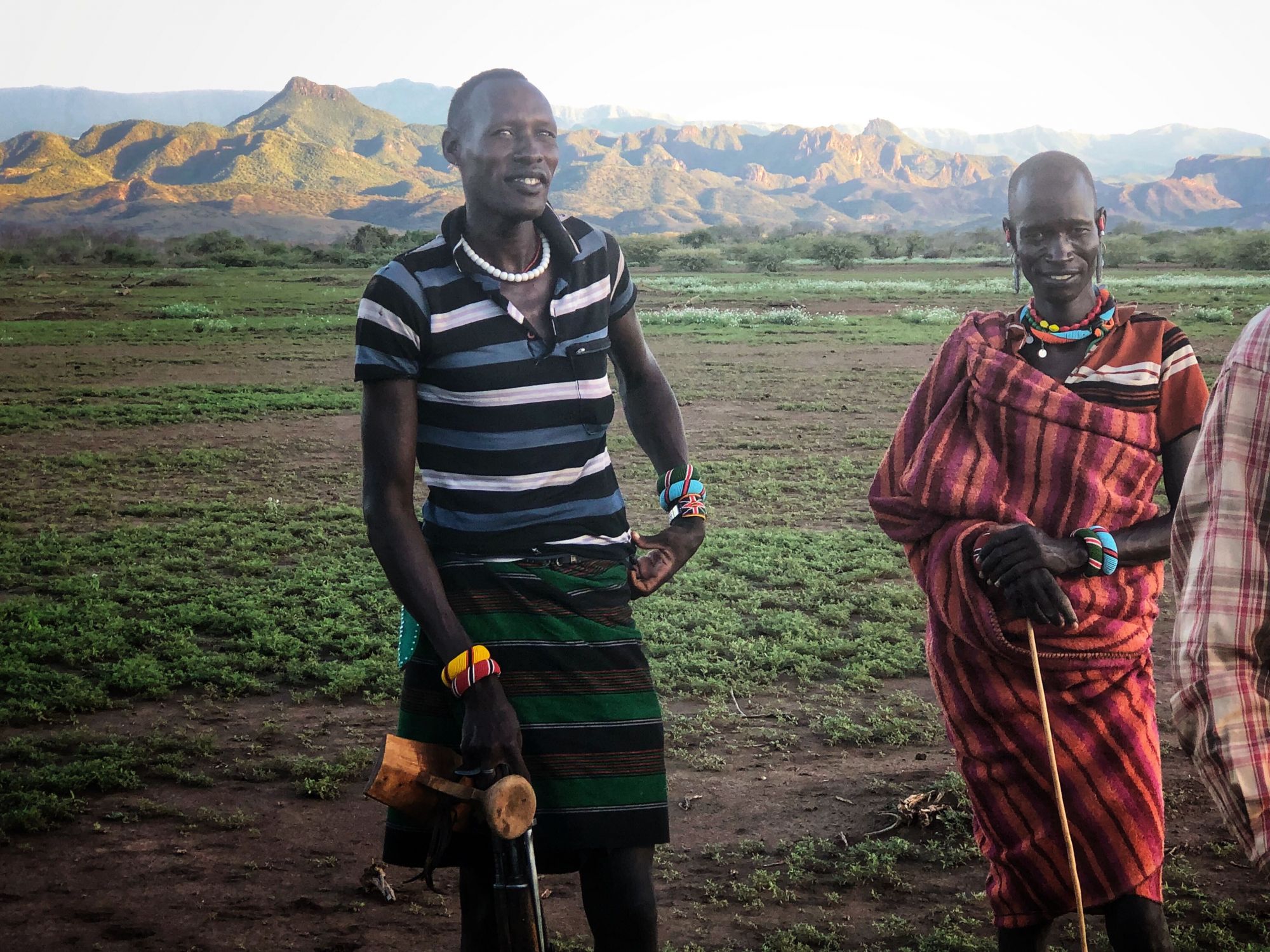 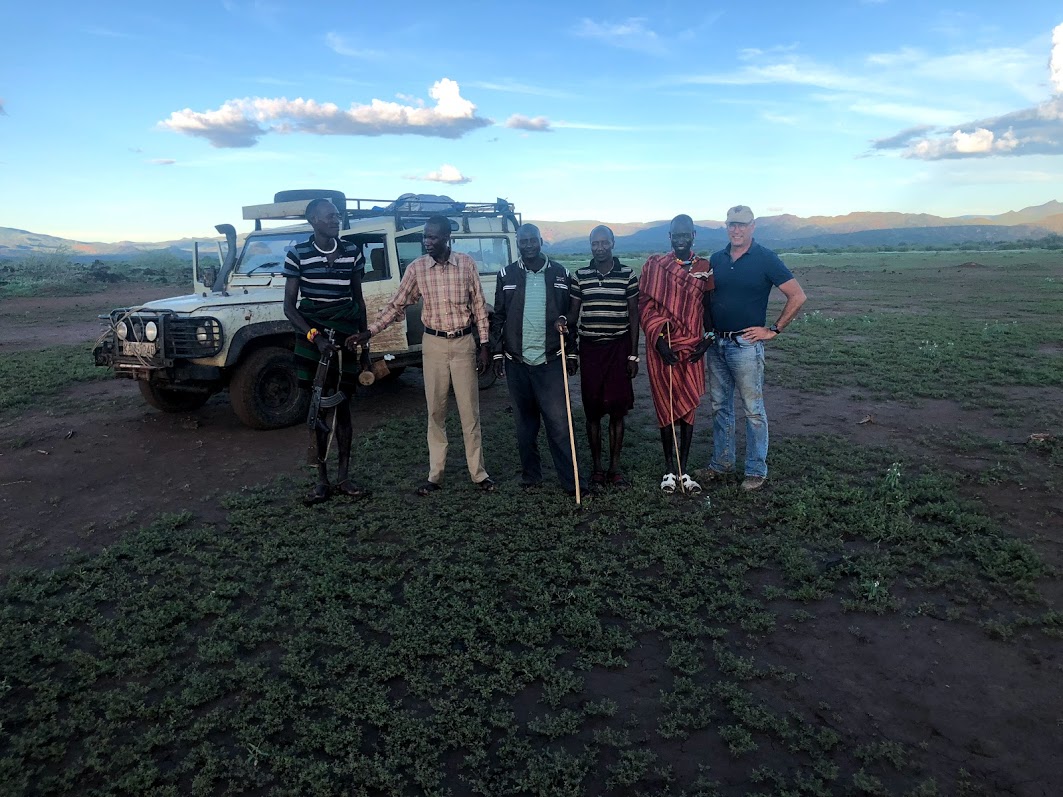 Plans are under way right now, with a partnership with World Mission, to fund a church site, including drilling a new bore hole for a new church station. Someday soon, in that dry, sandy desert basin that I spent 6 minutes silently gliding down to, there will be a new church, led by a Pokot believer, reaching out to his fellow tribespeople in an area where most people didn’t even think there was anyone living.

On September 10th, God planned a dozen miracles for us: training for emergencies the day before, diverting closer to the valley because of a rain shower, and having two pilots on board to deal with the emergency. The engine didn’t just stop running, it began tearing itself apart. Fortunately the propeller stopped before it actually completely destroyed itself. We had no airstrips within gliding range, but I saw a sandy clearing to my right, and that’s where we headed.

But maybe, just maybe, the biggest miracle will be not that God provided the clearing for us to land on, but provided an opportunity for us to land in that exact spot so others would know about the communities that live there. In an area filled with tension, where every able bodied boy carries a rifle for protection, now there will be a church built, a beacon of hope amidst tension and fear.

And, the plan is to build a runway. A real one this time.