The Weight of Love [Part 1]

Introducing the Half Ton Team
;
September 25, 7:00 am. Jonathan and I sat, our shoulders nearly touching, in the small cabin of the Cessna 206.

“Ice cream is in the pod. The flowers are safely in the seat behind us. I think we’re ready!”

I’ve filled the snug airplane cabin with mothers holding babies on their laps, mountain bikes, medicine boxes, or even a V6 boat engine before. For every flight, each item is weighed to ensure my total load is within the weight limit of the airplane – usually around half a ton of cargo and people. Many times the cargo weighs more than expected, and some items have to be removed from the airplane to await a future flight. Fortunately, this was not the case today. Flowers and ice cream weighed very little. The challenge was carefully storing and loading them so they arrived in excellent condition.

Our valuable cargo had previously flown up from the cool, lush, metropolitan city of Nairobi to our hot, dusty, remote base in northern Kenya. This flight today would carry it out of the dust and heat to the extremely remote hills in the southeastern corner of South Sudan. As colorful and fragrant as the flowers were, and as creamy cool as the ice cream tasted, the greatest expression of love would be shown in how far they had come.

65 miles away, next the grassy winsdwept airstrip, Ryan waited for us. He had a plan. He was visiting his fiancee, Abby, who had served in the Didinga Hills in South Sudan for two years. Decades ago the Didinga people left the muggy plains of southern Sudan and moved up into the cool hills. Mostly they wanted to be left alone as larger tribes raided each other’s cattle. Living in the mountains offered safety from raids, but it was not an easier life. The road up the hills was better described as a pair of trails that tolerated each others proximity. In the rainy season, entire sections could be washed away until a repair was made. In the early 2000’s AIM had built an airstrip on the hillside, next to an impressive valley. 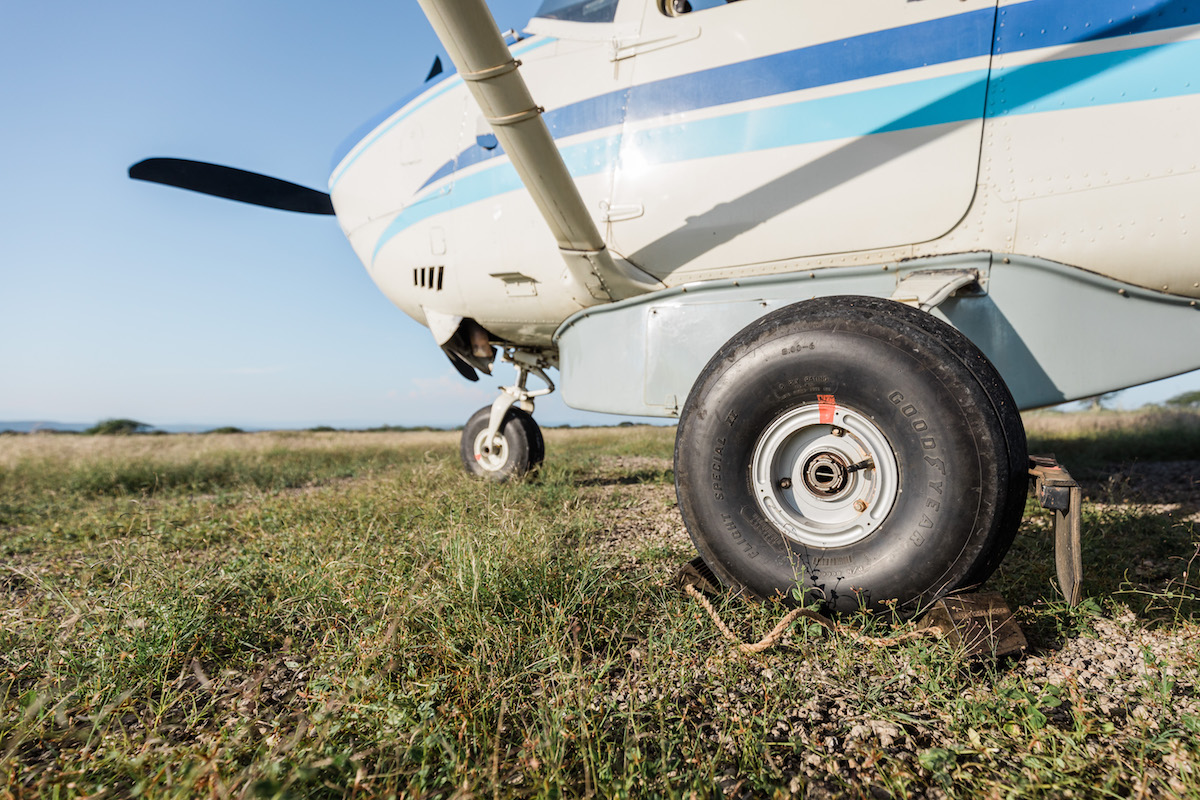 “The greatest expression of love would be shown in how far they had come.”

Abby had joined Africa Inland Mission several years ago, and her servant’s heart and divine calling led her to join other missionaries in the small town of Nagishot. While working in the small elementary school, she also spent time with the Didinga women in the area.

The work of mentoring and discipling others usually goes through seasons of growth and seasons of drought. Nagishot often experienced more of the latter.

A month earlier Ryan had arrived in Nagishot to visit. Their wedding was coming up soon, but before they were married, he knew it would be important to see the land and people where she poured out her heart in prayer, conversations, and patient listening. Ryan also wanted to be there for her September birthday.

I had the privilege of flying Ryan in to Nagishot. It is often a challenging flight as we pull ourselves up, foot by foot, to the elevation of the Hills. It’s easterly facing runway rises uphill. Before 8:00 am, that puts us in the unfortunate position of looking right into the early morning sun, and blinding the pilot as he makes the final turn to land one hundred feet above the ground. In the dry season, the clouds are mostly gone, but the wind howls over the ridgeline and the airstrip. High wind brings the unexpected jolts and jostles of burbling air as everything and everyone in the airplane momentarily rises, floats then falls. In the rainy season, the visibility improves and the winds slow, but the clouds gather on the ridge, threatening to block our path in to land. It requires navigating up the main valley towards the airstrip while always leaving enough room to turn back. Sometimes you just have to return home and try again later.

Ryan didn’t seem fazed by the journey at all. He was focused on arriving. It seemed love could have driven us through the air, around the clouds, and onto the rough grassy airstrip on the mountain top.

Ryan sent me an e-mail a week earlier laying out his plan for Abby’s birthday. I was excited to help. We had a flight coming up that would allow us to stop at Nagishot on the way. The only challenge was that Jonathan had to be at another airport by 9:00 am. We needed to keep the stop in Nagishot short.

Ryan thought this was perfect. He would be waiting for us at the airstrip.
“And one more thing,” he wrote, “this needs to be a secret. Don’t tell anyone.” 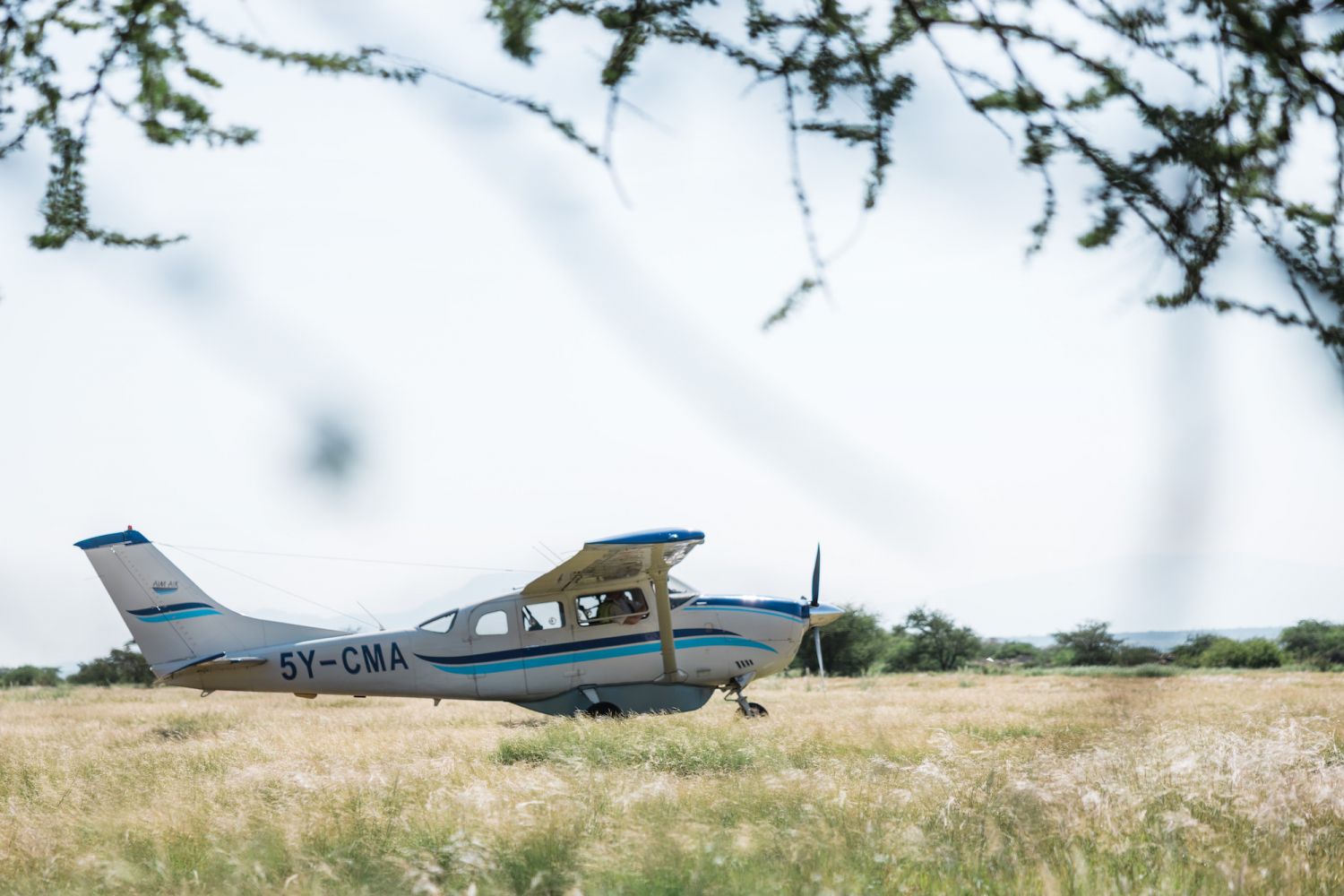 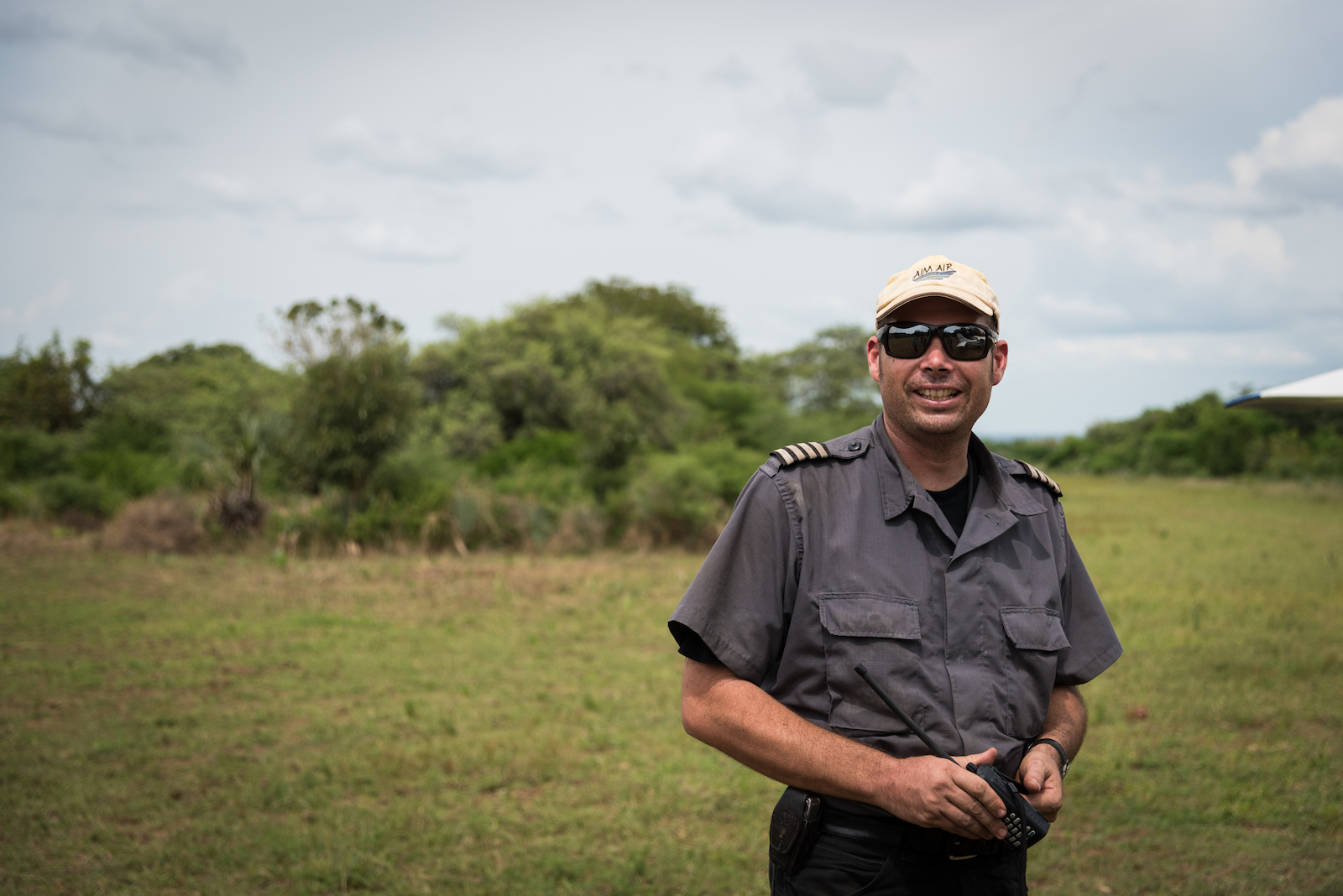 Jonathan and I planned to land as close as possible to 8:00 am. He would get out while I stayed in the plane, hand over the ice cream and flowers, jump back in, and off we’d go.

We flew over the airstrip.

“I don’t see anyone down there,” Jonathan said, looking out his window.

The daylight on the airstrip didn’t reveal any obstacles or people walking across. We decided to land. Despite squinting into the sun, Jonathan made a great touchdown. As we rolled to a stop, I caught the sight of a crouched figured in the tall grass next to us. Jonathan turned the plane around and rolled to a stop. He opened the door, grabbed the flowers, stooped down to pull the thermal bag out of the pod, and ran over towards the silhouette. Ryan had been crouched down, hiding in the grass. True to plan, Abby, along with the missionaries, didn’t know he was there, or that a plane was arriving this morning.

Jonathan handed Ryan the precious goods, exchanged a quick handshake, then ran back to the plane.

The Cessna 206 is a legendary airplane with thousands of stories to tell from the most rugged corners of the planet, but stealth is not one of its virtues.

“AIM AIR airplane that just landed from Nagishot…” Abby’s team leader broke the silence of the radios. No doubt he was confused by the sound of our airplane landing when he had not asked for a flight. Our secret was out.

While Jonathan configured knobs, levers, and switches, I keyed the microphone to assure the concerned leader all was well and we had an unexpected urgent delivery to make. We were leaving, and wished him a good day.

I can only imagine the look on Abby’s face, along with the others, when Ryan unveiled his surprise. I guessed the mystery of unexpected landing would be solved as soon as he arrived at the church compound. Yet, I imagine Ryan received a lot of points all around for cooking up that surprise delivery. I still love the thought of playing a role in that Nagishot birthday surprise.

The cargo we carry has significance. Sometimes it is large boxes of medicine and prosthetic limbs, leaving only an inch of space between the other control wheel and cardboard. No doubt, each box represents healed lives and the knowledge that they are loved. Other times, over 1000 kilograms of cement bags, laying on the airplane’s floor, will be used to set the foundation of a new missionary home. A permanent home instead of a tent for a young family who have chosen to move in and dwell with people in that village – to share God’s love.

While we count each kilogram of every load, we realize each flight carries greater significance for someone on the ground than we will ever know. We need your help to carry the weight of these precious items. We want to go give YOU the opportunity to be a part of these precious deliveries that AIM AIR does. We need the Half Ton Team…

What is the Half Ton Team?

Most importantly, it is a special group of brothers and sisters, all around the world, who lift AIM AIR up in prayer. And, as they are able, support AIM AIR’s operations fund at $50 per month, to lift AIM AIR by paying for some of the overhead costs to running this ministry.

Previously, we needed missionaries to cover the overhead costs when they paid for flights. Because of your generosity, we can pass on that savings to AIM missionaries. What does that do for them? It allows missionaries to continue receiving supplies, even during the hard months of a pandemic, after roads are washed out during rainy season, or in seasons of instability due to political conflict.

$50 per month would allow a missionary to schedule an extra 500 kilograms of freight each year. That is an extra Half Ton of supplies delivered right to their village. This could be items like audio bibles, literacy materials, car parts, building supplies and even special birthday gifts. It could be passengers like a bible student, church work group, or a child returning home from boarding school. We never know what each flight will carry, and we may never even see the impact of what a little box could mean this side of eternity.

I am convinced that each unique load on the airplane will enable our missionaries to stay longer in their location, go the distance, and share the love of Christ as they live it out in extremely difficult areas.

Would you join the Half Ton Team?
Each person or package you help bring to their airstrip may be weighed in kilograms and tons, but the value goes so much further. It could be the needed encouragement for a missionary on her own for months, that one part to turn the lights on and charge the satellite phone, or an audio Bible that a new Christian mother can listen to under her pillow in the still hours of the evening. We may measure items in kilograms, but each extra box you make possible truly carry the weight of love.

Will you join us?

Each person or package you help bring to their airstrip may be weighed in kilograms and tons, but the value goes so much further. It could be the needed encouragement for a missionary on her own for months, that one part to turn the lights on and charge the satellite phone, or an audio Bible that a new Christian mother can listen to under her pillow in the still hours of the evening. We may measure items in kilograms, but each extra box you make possible truly carry the weight of love.
Join the Team